I just couldn't bear to leave Him all alone 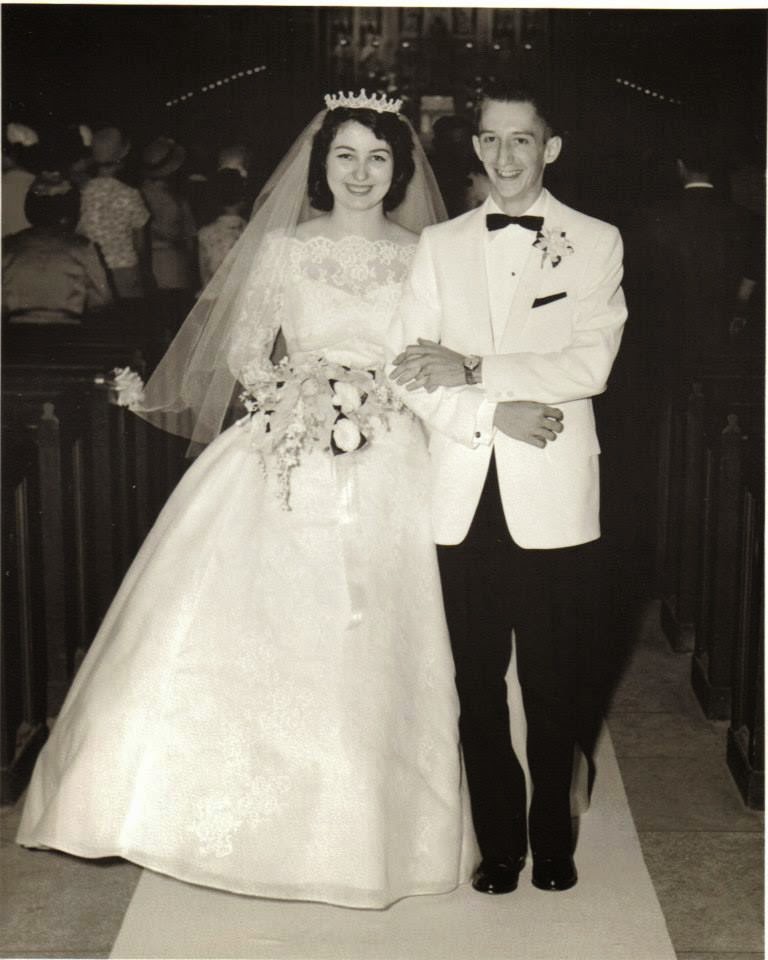 On January 1st, the Solemnity of Mary, Mother of God, my mother passed away to eternal life. There is so much I could share with you about her life, and her death, but here, today, I'd simply like to share my father's eulogy with you.

There are gathered here today a large number Marirose's friends and relatives who I'm sure have dozens of stories they would tell us about her and her life. But having been married to her for 54 years, I have literally hundreds of stories I could tell you.

She, first of all, dearly loved her family. She thought that our children, grandchildren, and great grandchildren were the greatest people in the world, and would at every opportunity, and to whomever would listen, tell of the latest exploits and achievements of any one or number of them.

Marirose's love of children was not limited to her family. We might be at the mall, or at some family restaurant, or maybe here for Mass on Sunday, and if there was a young family, a young couple with little children, Marirose would approach that young couple, engage them in conversation, and then remind them as to how blessed they were to have such handsome and beautiful children.

Marirose's love of children put her in the midst of fighting for the children who could not fight, nor even speak, for themselves - the unborn. For a couple of years, Marirose would join a group of her friends every month, and they would go to one of the various abortion clinics in the area, and picket in front of the place. And as they would walk along picketing, they would quietly say the rosary. That was Marirose's way of fighting for those unborn babies' right to life.

As much as Marirose loved her family, as much as she loved children, I think the greatest love of her life was her love of her Catholic faith. When she was well and able, she went to Mass and Holy Communion every day. She said the rosary every day. She had a special devotion to, and love of, the Eucharist, the consecrated bread and wine, that is, our Catholic faith teaches us, the true presence of Jesus Himself.

For several years she would search out those monasteries and convents around the area that had exposition of the Blessed Sacrament, and she would go there and spend time in the prayer and adoration. And so when the Archdiocese suggested that the parishes begin the practice of adoration on a regular basis, and this parish, St. Monica's, instituted the practice of 24-hour adoration on the first Wednesday of every month, Marirose was one of the first to sign up.

The hour she chose was from midnight to 1:00 AM. She often said she chose that hour because she knew how difficult it was to find people for those late night and early morning hours.

On the first Wednesday of every month, shortly before Marirose would go to bed early, so she could arise in time for her midnight hour of adoration, I would get a little reminder from her, "Now Joe don't forget; I've got Adoration tonight." I would get this reminder because Marirose didn't want me to be concerned or alarmed if I were to be awakened shortly after 1:00 AM. And for well over 2 1/2 years on the first Wednesday of every month, I would get that little reminder. But never once in almost 3 years was I ever awakened; Until one night I was. And therein lies that exceptionally special story I mentioned earlier.

I awoke to the sound of the kitchen door, which leads out to the garage, opening and closing. And as I heard Marirose coming down the hallway of our bedroom, I looked at the little digital clock on the nightstand next to our bed. That little digital clock read 3:15 AM. I immediately thought that something must have happened. Maybe Marirose had mechanical problems with her car. Maybe she had an accident. So, as she entered our bedroom, I said, "Marirose, are you okay Hon? It's 3:15 AM!" And, in a voice filled with emotion, on the verge of being in tears, she said, "I just couldn't bear to leave Him all alone."

She went on to explain that at 1:00 AM, when her hour of Adoration was over, and she got ready to leave that little chapel area over there, she realized that someone had missed their 1:00 AM hour of adoration and that there was no one there except herself and Jesus. And beause, as she said, she couldn't bear to leave Him all alone, she stayed another hour. And at 2:00 AM, once again someone had failed to show up for their adoration hours. And Marirose, once again, because she couldn't bear to leave Jesus all alone, stayed yet a third hour. And at 3:00 AM when a couple came in, and knelt down to begin their hour of adoration, only then did Marirose leave and come home.

And so it is today that I am confident, as well as comforted, with the thought that neither Jesus nor Marirose will ever be all alone; because now for eternity they have each other. 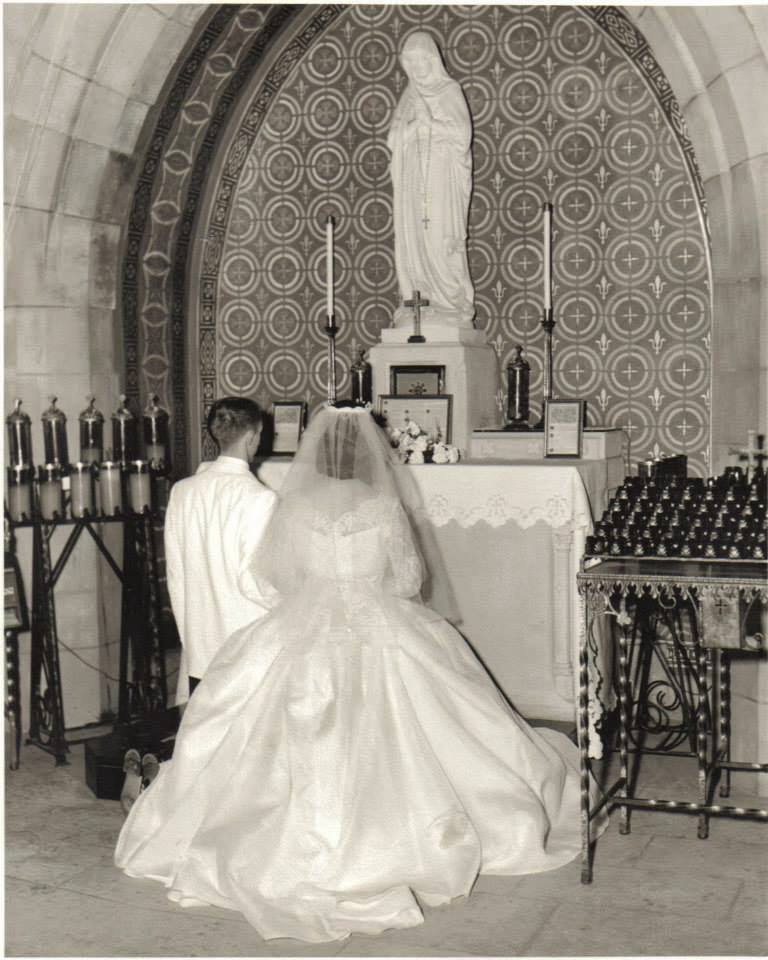