We received some bad news recently when our youngest son Fulton was diagnosed with Spinal Muscular Atrophy. The last couple months have been filled with doctor visits, home visits, etc. Plus, I've been trying to keep up with all the normal summer activities for the rest of the kids so 'being busy' is an understatement. If you can, please say a prayer (especially for the intercession of Arch. Fulton Sheen) for our son. While there is much research going on with SMA, I have more faith in a miracle than in medicine in curing him at this point.

Wouldn't it be swell to see Fulton the little boy cured and Fulton the archbishop attain sainthood? So, let's all pray together!
Posted by Maureen at 7:24 PM 3 comments:

Here is an email from Mary Ellen. For those who are not aware, Ryan had seizure disorder. This is what may have caused his death. Please continue to pray for the Barrett family as well as all the families in their local homeschool group, the rescue workers, the media, and all those touched by this beautiful boy.

Ryan was a light in our lives and now that he is forever at the feet
of Christ his light will shine even brighter for us.

I know it?s been difficult for everyone, getting information
piecemeal. Here are some details, please feel free to share them or
any part of this email.

Ryan was playing in a little stream a few yard from the campsite.
His father and the others knew where he was and he was in view.
Other kids were near him but after a bit they spread out. They were
all very excited to be in the campsite, they had only just arrived.
When they called the kids for prayers Ryan didn?t come and after a
very short time the rangers were called and then the state police
and fire marshals. They searched with dogs (my poor Ryan so
terrified of them). Dave called me at 11:30pm and then every hour
until our dear friend, who was scheduled to go up there Sat with his
four boys, drove me up at 4:30am. I arrived there at about 8:00 and
they were searching with a helicopter and infrared radar as well as
divers. He was found at about 10:30. In the five minutes between
the other kids being there and his being called Ryan had a grand mal
seizure and slipped into the stream, his body was found a few feet
away in a drain in a culvert. It is believed the seizure is what
killed him although we don?t have confirmation of that yet. When
Dave and I saw him, he looked very peaceful and that was of great
comfort to us.

Ryan received last rites at the campsite, two priests against all
odds showed up in the middle of the woods at exactly the right time
to administer the sacrament. Only Ryan could have arranged that.

It was reported that Ryan wandered off and some reports were quite
cruel in their tone. It just is not true. We did a brief interview
with Newsday to try to correct that and have since had my brother
dealing with turning away all of the news agencies. They have been
like barbarians at the gate.

In the last 48 hours we have been so blessed by all of the prayers
and love that we have received. My friend Chris has completely taken
over and has made it possible for us to not have to think. The
Knights of Columbus and Squires have also been incredible. I know
all of the people on IHM and MO have been contacting Chris and
lining up to help and we are just so grateful.

The pain that David and I are in is too unbearable to speak about. I
ask for your prayers for us and our children. Katie and Erin in
particular are old enough to understand and are completely
devastated. Every time I look at them my heart breaks all over
again. The little ones are sad and confused, not really understanding.

We are very mindful of how sad this is going to be for all off
Ryan?s friends in IHM. For many it will be there first experience
with losing a friend and Dave and I are offering up some of our
sorrow for their comfort. They have lost a dear friend but gained a
mighty intercessor.

In the coming weeks we will read all of the emails and posts and do
our best to respond to everyone, in the meantime please be assured
of our gratitude and love for you all.

Addendum: Here is the Newsday article. Please read it -- Ryan evangelizes the world through his life's desire through a reporter's pen. Beautiful.
Posted by Maureen at 8:14 AM No comments: 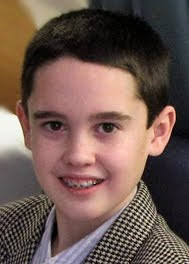 Please, please pray for our dear Mary Ellen Barrett and her family. Her son Ryan is missing. Check Mary Ellen's blog for details and updates.

I am heartbroken to tell you that Ryan Barrett drowned.

I am so very, very sorry to give the worst possible news.

With all my love and prayers,
Alice

For those of you who do not know Mary Ellen, Ryan was 14-years old. ME often wrote about him and his autism.

Please continue to storm the heavens with prayer for this family.
Posted by Maureen at 9:28 AM 7 comments:

Catholic Planners for the School Year

Have you ordered your 2009/2010 planners yet? August is here and so I'm breaking mine in right now. Personally, I love Michele Quigley's Catholic planners for moms, dads, and students at Family Centered Press. I order one for each family member old enough to organize their own schedule. If you're in need of a planner yet for this school year, make sure to order one right away as they're pretty popular and Michele runs out pretty quickly.

If you prefer a planner for the calendar year, Michele will have those available next month.
Posted by Maureen at 6:34 PM No comments:

Tonsils and Failure to Thrive

I have now dealt with failure to thrive issues with two children and the solutions to each of them have been completely different.

Sparky, now 11, was diagnosed with celiac disease at 19 months. Once we put him on a gluten-free diet he put on weight. However, he did not get any taller. Some months later we learned that he had pituitarian dwarfism. I know it sounds awful, but it's easily treatable -- he gets a growth hormone shot each night.

Fast forward a good number of years and I now have a 7-year old who has dropped from the 50% for height to the 5% over the past four years. He doesn't have celiac and he doesn't have hormone issues. What he has is great big, gigantic tonsils. Yep, humongus tonsils can keep your kid from growing.

His tonsils are so big they cause him to snore like a big grizzly bear. Ever since he was a little baby. I'd mention it to the doctor but he never thought much about it. At least until the kid started dropping off the growth chart.

Anyway, the snoring keeps him from sleeping and if you don't get enough REM sleep then you don't grow. It can also cause learning delays which may explain why the child struggles with his phonics lessons. Also, I'm told it may solve his picky eating problem. Whoda ever thunk? Apparently, it's uncomfortable to eat with tonsils that almost touch each other. We're even told that his voice will change and he'll probably lose his baby voice.

Gosh, it almost seems that removing tonsils can solve anything and everything. I wonder if it'll solve the bickering-with-his-brothers problem. Hey, I can hope!
Posted by Maureen at 9:25 PM 8 comments: 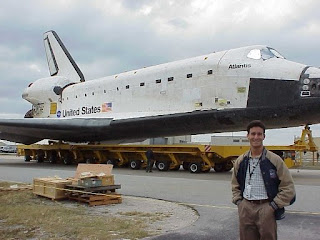 Last week Domenico Ruggiero gave an awesome webinar on his work at NASA. It was a wonderful learning experience for my family. The great news is that the webinar was recorded and you can watch it yourself at: One Small Step for Parents, One Giant Leap for Homeschool Kids: Insights from a NASA Engineer.

If you have a child with the least bit interest in aerospace, astronomy or engineering, you absolutely should not miss this one.

PLUS, Domenico arranged with NASA to give away all kinds of neat NASA goodies -- posters, decals, rulers, and more. To receive these giveaways drop Domenico an email. He'll email back a form so you can choose what you would like to receive. But don't wait! The deadline is August 19, 2009.
Posted by Maureen at 9:09 AM 3 comments:

PSN5: In His Image 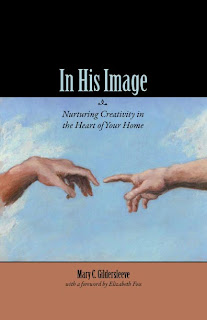 Product Description:
Nurturing creativity in our children and in ourselves is a critical need today. We all know that research has shown that art and music are good for fostering healthy brain development, but they are good for our souls, too. Through creativity, we imitate the Divine Creator and practice the skills needed to battle the despair produced by a pre-made, manufactured, cookie-cutter world. Made in the image of God, there is a creative desire placed in all of us. Nurturing this desire in our children is not only thoroughly satisfying, but an essential part of our parenting duty. By instilling in our children a love for the good, the true, and the beautiful, we can help to reshape our world for the good of all.

About the Author:
Mary C. Gildersleeve, a lifelong crafter, nurtures creativity in everyone she meets. She and her husband Rick home educate their youngest three children. A hand-knits designer, she has written two books on knitting, Glory of America Knits (Ecce Homo Press) and Great Yarns for the Close-Knit Family: Over two-dozen original hand-knit designs inspired by one dozen fantastic family read-alouds (Hillside Education). She also writes the Handcrafts in the Homeschool column for the Catholic homeschool quarterly, mater et magistra.
Posted by Maureen at 5:28 AM 2 comments:

Where in the World is Maureen?

I got a concerned voice mail from my sister in California. She's worried about me. I haven't written in my blog forever. Am I okay? Are the kids okay? How is she supposed to keep up with my life if I'm not updating the blog everyday?

Well, I'm okay and the kids are okay. Life is just insanely busy right now. And that's not an exaggeration. There is the Homeschool Connections business, the kids' shooting sports events, 4-H Fair, summer school, and getting my oldest ready for his semester in Austria. All on top of the everyday mom duties of laundry, cooking, and reading aloud.

So, if you've been wondering where I am too, please be assured I'm still here albeit a bit frazzled. I'll do my best to get back on the blogging track but I can't make any promises.
Posted by Maureen at 10:20 AM 2 comments:

Need Advice for a Mom Pulling Kids Out of School

I received this email today:

I've been following some leads and landed on your blog, looking for an article or two with advice for new homeschoolers. A woman pulling her children out of school with 7th and 4th grades is in need of something to read...but doesn't have time to read books on the subject. She needs something condensed.
Do you have a talk script that she could read?

Thanks for the help!
God bless,
Kathy

What advice would you offer?
Posted by Maureen at 11:28 PM 5 comments: