Nichole and Her Generation 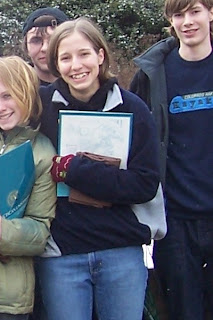 I don’t know about you, but I feel pretty alone sometimes - especially as a teenager who’s chosen not to follow the whims of society. Swearing, promiscuity, rebellion; I’m just not in with that stuff. I’d rather follow my own mind than follow what the guy in front of me is doing. Most of my friends are that way too, but we are still only one small group against many. Or are we?

Going to the March of Life, I assumed that most of the people there would be adults. (Read: stuffy adults.) I could not have been more wrong! Sure, there were adults there, but most of the groups I saw were teens and college kids. Here was a huge mass of people standing together against abortion, showing the government that they are wrong . . . from my generation. People who think and act and talk like me. They weren’t just worried about getting those cute pants they saw on T.V., or going out to see the latest thriller. They were standing together for something that truly mattered.

I went on the March thinking I was going to be with my own small group of youth amid a sea of adults. I came home from the March realizing that America may not be as bad off as I had thought. I realized that there are other young people out there who care about the important things - that I am not standing alone.

Thank you Nichole and all the teens who wrote about their experience at the March for this blog. You've inspired us and given us great hope. May God bless you and your journeys.
Posted by Maureen at 1:38 PM

Thanks, Maureen, for letting the teens write about the March for Life. They were all inspiring. They do give me hope.

If there even is a next year, I hope you'll come with us again.